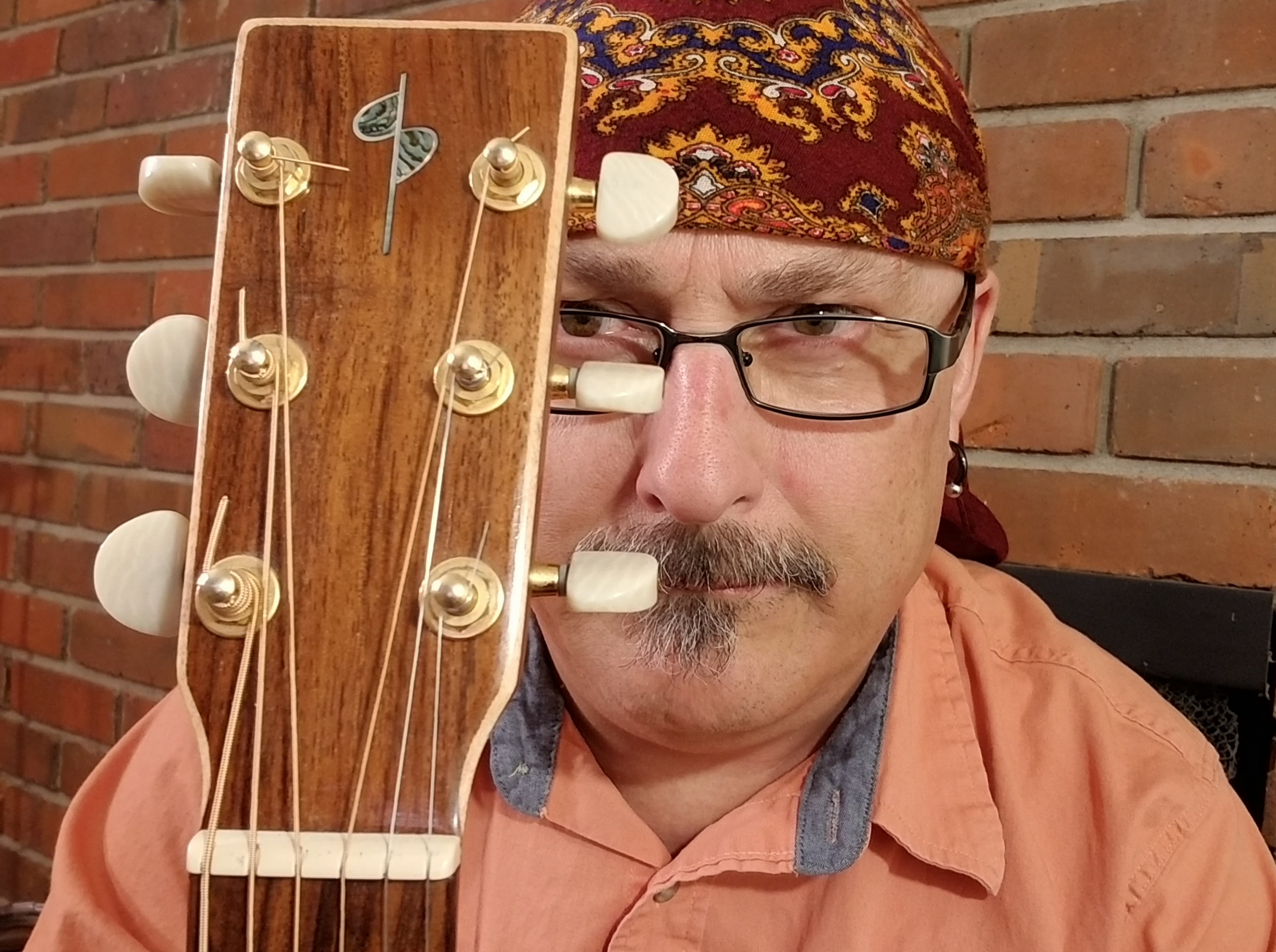 Those familiar with the ghost of RonnieHays might be surprised at the current incarnation. Where the original focused on inarticulate, nihilistic rage (late 1970s), the current version has mellowed into a song-and-dance version of Kurt Vonnegut’s alter-ego, Kilgore Trout. Salty, graceless, lucid, resigned to obscurity but powerless to alter his karmic trajectory (not that he would if he could). As stated in the liner notes of his first self-produced EP, Rohlfie’s 1st: Cheap Shots,

I can’t afford to hire REAL musicians, singers, and engineers.  Besides, I’m not doing this to impress industry people… or anyone else for that matter. I’m doing this because I HAVE to.

Over the years, PackMule Productions has released four original music EPs, one collection of acoustic covers (RonnieHays, Rohlfie, and others), and one collection of spoken word pieces called Audiovison. The first three music EPs were produced in rapid succession (2003, 2004, and 2005). Fueled by an 8-year hiatus from the music business, RonnieHays’ creative dam literally burst. Despite the responsibilities and demands of a corporate IT-support day job, he kept notes from the simmering, impatient muse then arranged company-provided two week vacations back to Kansas staying with friends and family, including audio engineer, Terry Pfeifer. Months of work packed into two week of vacation breaks… tracking by day and getting drunk under the table by night. By the time EP #3  Rohlfie’s Dog was finished, the muse was sufficiently sated… there would be nothing more till the Rohlf House became an empty-nest (15ish years later).

Once a frustrated, angry, lost, disenfranchised rock-a-roll wannabe, now occupying the body of an aging beast of burden, RonnieHays makes the best of found conditions and fate. Freedom? Happiness? These are states of mind, and for RonnieHays, rediscovering the beat of his original drummer serves both in spades. Once again the dam is ready to burst, and he’s ready to answer the muse’s call. But… why? After all, The body hosting all of this activity could be called a “Sputnik Baby.” Born the year of Sputnik and the Cuban Revolution, RonnieHays turned 60 the spring of 2019.

Soooo… time to find a rocking chair, right? Nope… as Robert Zimmerman said in one of the greatest songs to emerge from the rock canon…

“He not busy being born is busy dying.”

Expect much, much more from the reborn RonnieHays. Tanned, rested, and ready to yawp till such time as he he drops. Hopefully, not any time soon.

Go here for an extended Zoomervision interview… “Behind the Loopy Madness“